In this version we have improved skin engine functionality that provides designers with the new features to create various themes.

We implemented a drop-down menu that is context-sensitive and does not darkrens other tracks. It is displayed under a track on the right-hand side of the application. 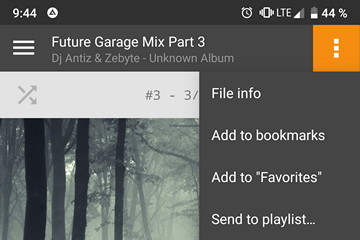 Each track now has a vertical ellipsis button that invokes a shortcut menu.

This menu contains the most frequently used commands.

Every tab in this menu is marked with an corresponding icon: 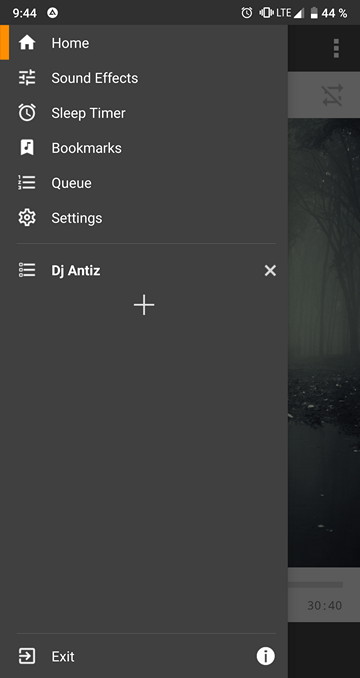 The widget in the notification area now uses the system’s style by default: 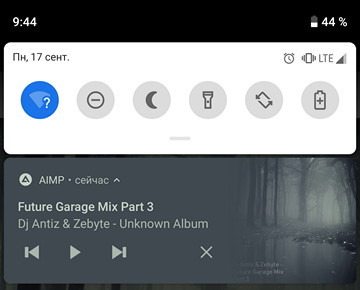 You can also go to the application’s settings to apply the standard AIMP style to the widget.

AIMP now supports arm64-v8a processors for an overall increase in responsiveness and performance.

You can now add your favorite tracks to the individual playlist that called “Favorites”:

The following commands were added to headset command list: “previous/next playlist”, “add to bookmarks” and “add to favorites”.

We have extended the existing settings as follows:

Album covers can be downloaded automatically now from the Last.fm service like the PC version.